You cannot wear brand new shoes under an old-fashioned suit. It is not good to ride a modern government ZIL in the round dance of outdated "chasers". The appearance of escort vehicles should be changed in the accompaniment with the flagship. Soviet bonzes diligently obeyed this unwritten law. Therefore GAZ-23 evolved into a GAZ-2424 in 1968. 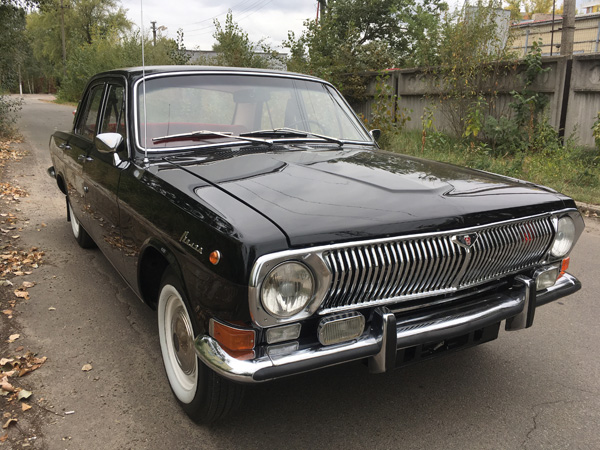 For the team of restorers of "Avtoklassika" it is not something new to bring "Volga" to life on the special purpose. The successful implementation of the previous project inspired the restoration of another “chaser”. Thus in October of 2016 the desired vehicle was purchased from craft partners. Its story is mythical and foggy like most similar cars. It is only known that until the beginning of the 2000s it belonged to some forester in Kharkiv region. The condition of the body and paintwork left much to be desired.

That is why in order to reissue documents, the car (as well as GAZ-23) had to be temporarily painted black. Well, before plunging into a long restoration process, it was decided to purchase a donor to replace the unsuitable parts. This significantly accelerated the progress of work. 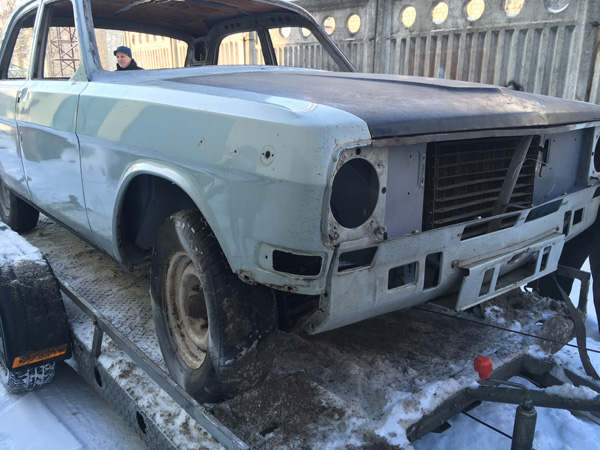 Since the special version of the 24th was somewhat different from the usual models, in order to preserve the authenticity it was important to determine the presence of all specific units and parts. The configuration of "chaser" was worthy of attention. In addition to the V-shaped 8-cylinder engine with an automatic transmission, the car had a number of original inherent elements. For example, the gas tank hatch did not have a lock. It could be opened only from the inside of the trunk, which, in turn, was unlocked using an electromagnetically operated mechanism. By the way, the fuel tank itself was its own. 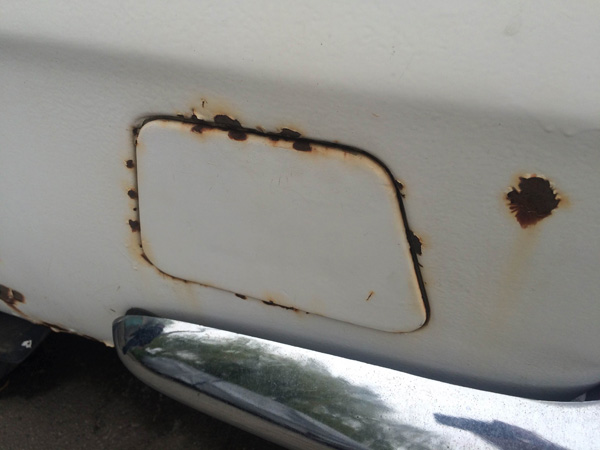 The large engine, wedged into the standard compartment, also forced the designers to make adjustments to the bodywork. Because of the bulging manifold, we had to change the geometry of one of the side members, and the huge air filter forced us to make a gouge in the rear transverse amplifier of the bonnet. All these pleasant little things came to light in our Volga. 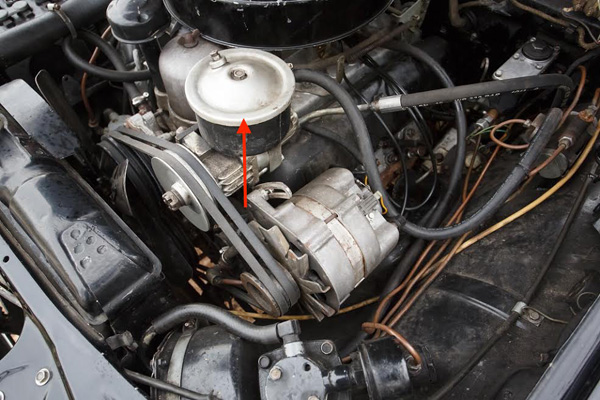 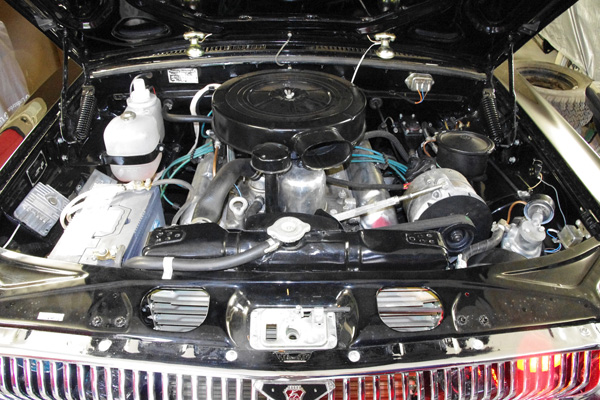 The restoration process was held without surprises, but still along the same lengthy and painstaking path. The traditional start with disassembling the vehicle and troubleshooting components, was replaced by welding and leveling work and stripping the body down to metal. Next - checking the gaps and joints, then - pre-assembly before painting. In the paint shop, in addition to pedantic surface preparation, the coating technology was also observed: multi-layer with intermediate polishing without varnish. As a result, the depth and brilliance of black color created the impression that you are looking at the calm expanse of the evening lake. 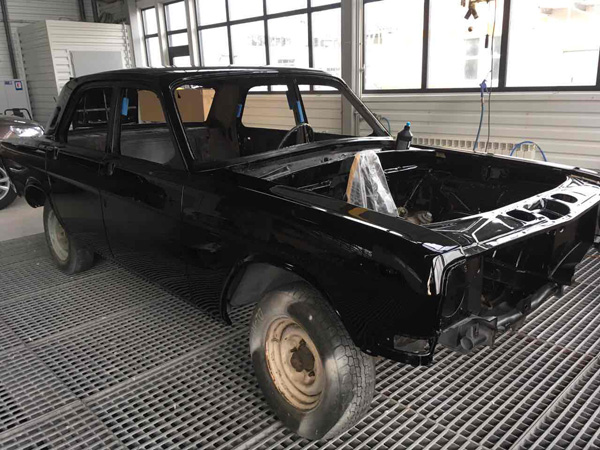 All new chrome parts were found, originally from the 80s of the last century, which had never been applied to the vehicle. The restoration of the cabin affected the replacement of the ceiling, reupholstering of the seats, replacement of interior mats. The door cards with their unique embossing were able to be kept intact only by resorting to their thorough cleaning. The vinyl dashboard remained original as well. 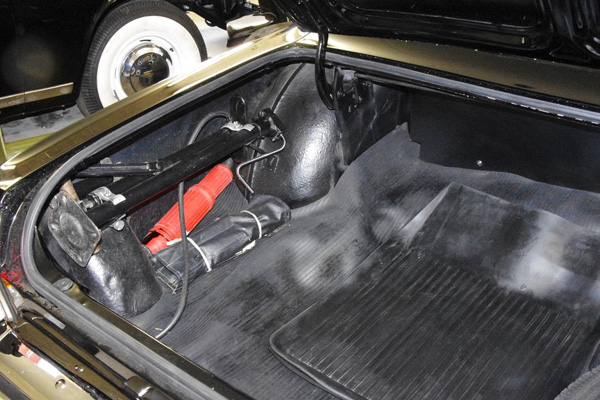 Regarding the mechanics, the goal was to equip the car with new parts from old stock stocks to the maximum. Fuel and brake systems, steering, cooling, and power grid with equipment have been updated. We had to order an authentic wiring at the specialized factory according to the original drawings. 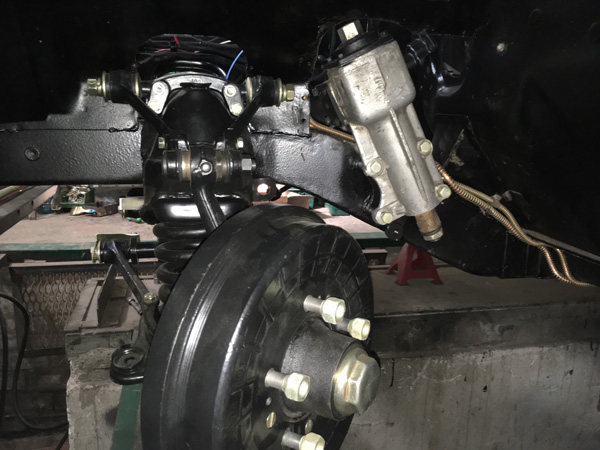 The chassis has gained the reinforced springs and the rear axle added a high-speed main pair. Suspension disassembled to the smallest detail and sandblasted to the white subsequently shone with fresh black paint. All fasteners and body fittings are covered with resistant yellow zinc. The untraveled tires, removed from the coffers of the motherland, were embellished with white flippers. Naturally, all-round attention was also paid to the motor and automatic gearbox. And, of course, we did not forget to install such goodies for completing the picture, as elements of a special connection SGU60 with a telephone between the seats and a set of light signals. 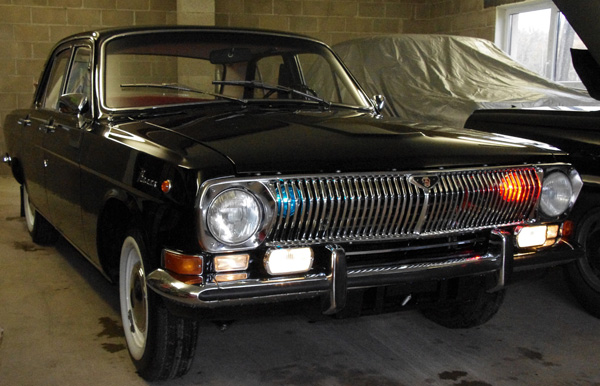 The approach to the restoration of the “2424” bordered between trepidation and scrupulousness. After all, we wanted to improve our own achievement in the face of a strict jury of the European Commission of historical cars. In addition, there was also a desire to meet the expectations of a customer who already has a highly appreciated previous product of “Avtoklassika” in the collection — the GAZ-23 project.

The first public demonstration of the car took place in Kyiv at the OldCarLand Retrofit Festival in the fall of 2017. Many professional restorers have positively responded about the car. The last word was said by the international experts. Frankly, it surprised unexpectedly. The result justified all the work and expenses, as Estonian experts determined the authenticity of the “chaser” at 99.9%!